Rising at dawn I grabbed my snake stick and prodded into the outside world. Bike already dressed in panniers I rolled my tent and rattled down the dirt track to the highway leading north. The dim, purple morning was cold and oppressively quiet. I maybe saw 4 cars between waking up and stopping in Tripoli for a coffee, pizza (yeah, for breakfast…) and a cake. Again drastically uninformed of the area, I didn’t linger in the city too long, contorting the bike between cafe tables on the pavement as some asshole van had blocked me in.

I got to Athens quickly, forgetting to turn off near Argos to visit the ancient amphitheatre until it was too late, so missed another of the Amaldia campsite girls must see sights. Moving from Greece’s interior and back to the coast the warm smells of wild herbs and lavender were being replaced by cool sea breeze. Closer to Athens a number of pungent refineries dotted the shore, were replaced by ports for ferries and container ships and replaced again by tall concrete buildings as the four lane highway pulled us into the city centre. More cars, more horns, more heat and more skyscrapers. I stopped to de-garb outside some tatty flea markets then followed signs to the Acropolis up until I hit a street of trendy coffee shops and restaurants to steal WiFi again. Fortunately a hostel was right round the corner (only two wrong way streets in fact!) , so I paid for the cheapest dorm room and dumped my gear before check in.

Unsurprisingly the Acropolis, a huge Greek complex perched high above Athens, wasn’t hard to find when you take away the bombardment of horns, lights and traffic signals. I’d rushed to get out of the hostel to allow ample time to walk around, but leaving my jeans on meant every step I ascended towards the Parthenon I descended slightly more into a sweaty mess. It was worth it though, I reckon every capital city should have an Acropolis.

Snaking back down to the hostel I met an american father and son team and a Canadian girl who were up for going for dinner round the corner, afterwards ending up on a drunken night out with an Australian trio I met on the hostel roof bar; in my element that these guys also knew how to strawpedo a Bacardi breezer. I’ll remember drinking to the up-lighted Athens skyline from a rooftop hotel bar for a long time to come.

The next day was a tourist bomb of the city, that predictably ended back on the roof terrace bar then the mean streets of Athens. There’s a lot of cool things to wonder through in this city, it might have been my favourite capital so far.

Wasting the morning to Governess hangover again I loitered around the hostel, acropolis museum and travel agency to buy tickets for my departure to Kos that afternoon. In fact, I loitered so much there was very little time to get to the ferry port before departure, then again at least there wasn’t a dehydrated 2hr wait in the baking sun like there was leaving Italy..

The bike finally stowed amidst a fog of unintelligible shouting from the deckhands I could retire to the swanky cruise ship coffee shop. Eating a little, trying to use the satellite WiFi and failing, watching snipers of some shit Matthew McConaughey movie and sleeping killed the 11 hour crossing easily. Rolling down the landing ramp at 5.45am I had a feeling Kos was going to be a pleasant stop-over on my way to Turkey. 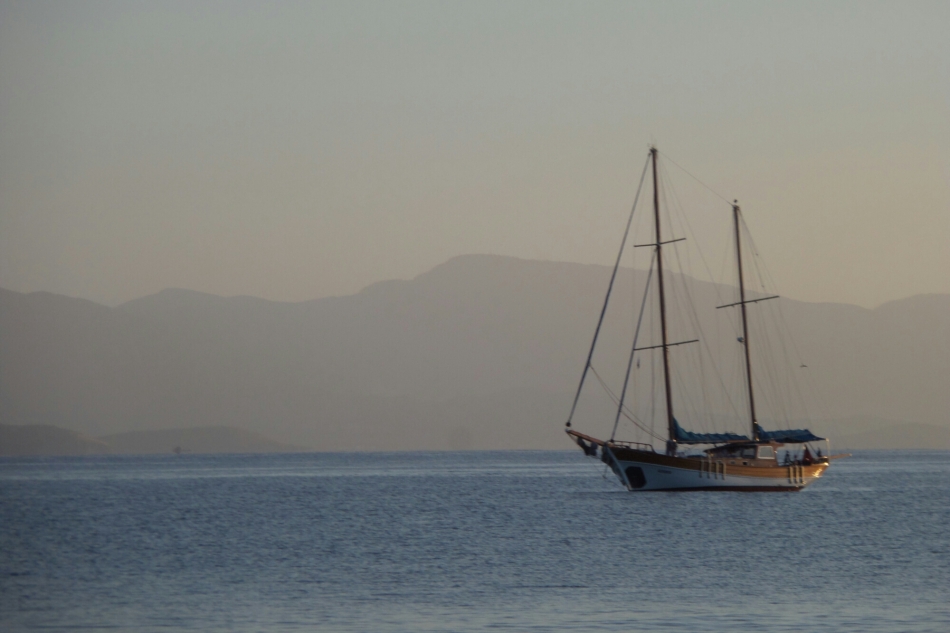